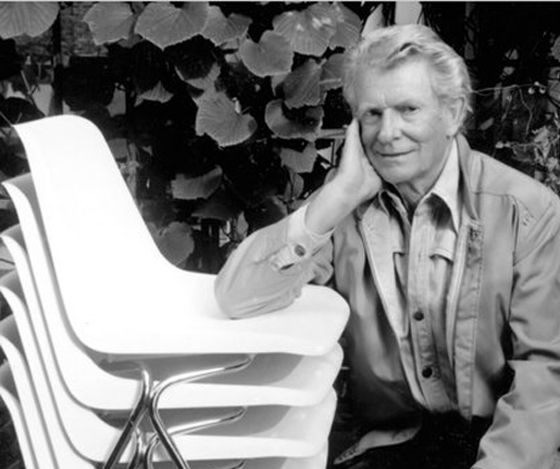 Robin Day is a highly acclaimed British furniture Designer of the 20th Century who made a huge contribution to the world of modern furniture design, not only by way of taking things forward by way of formulating designs for mass production, but also for designing furniture with relatively new materials, combining practicality with durability.  He was nominated for and won several awards for his designs throughout his lifetime.

After the Second World War, Robin Day was invited to design a new range of furniture for Hille who, up until that time, had been producing good quality reproduction furniture.  They became synonymous with modern furniture design of the 1950s, supplying John Lewis and Heals with Robin’s designs.  Robin Day’s Recliner was one of the many designs that was manufactured and sold by Hille.

He is, perhaps, best known for designing the moulded polypropylene stacking chair, which was produced in its millions for distribution worldwide; a phenomenal achievement.  So much so that in 2009, it was selected as one of eight British Design Classics. He also designed the Polo Chair, another moulded polypropylene chair which became part of a whole ” polypropylene family” of chairs including the 1967 Polypropylene armchair and 1971 Series E school chairs.

Robin Day also was also tasked with the job of designing the seating for the Royal Festival Hall, amongst other public seating, including his 1960s Gatwick benches in Tate Britain and the 1980s auditorium seat for the Barbican Art Centre, London plus seating on the London Underground. 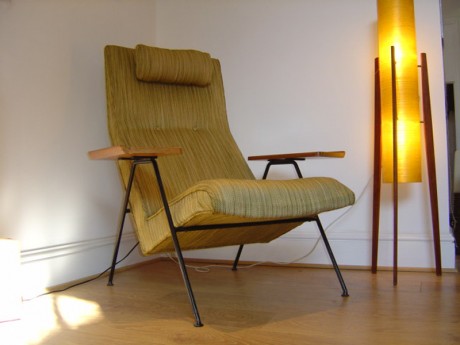 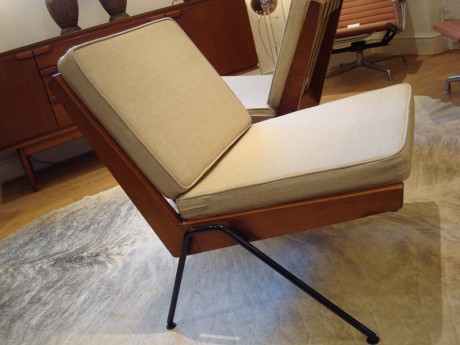