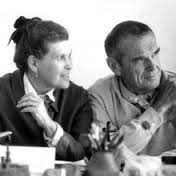 Charles and Ray Eames (Bernice Alexandra “Ray” Eames) married in 1941 and are certainly one of the foremost influential American designers of their time, having made major contributions to design and architecture and being associated and working with Herman Miller, Harry Bertoia (who also made their wedding rings) and Eliel and Eero Saarinen.  They also were involved in industrial and graphic design, fine art and film; Charles actually worked as a set architect at MGM whilst working with Ray developing their designs in their workshop situated in a spare room in their flat in LA.

It was here, in their make-do workshop in the early 1940’s that they started developing their molded plywood, experimenting and successfully creating the method to mold plywood into smooth, seamless shapes, creating sculpture, screens, tables and chairs.  In the late 1940’s, they commenced their design relationship with Herman Miller, who still manufacture their designs today in the US.  Vitra International also manufacture their designs for the European market to this present day.  They also worked in other materials such as fibreglass, plastic and aluminium.

Their designs are extremely well known, possibly infamous, and include (to name a few):

Of course, there are many, cheaper copies out there but an item made under licence or original is best if possible! 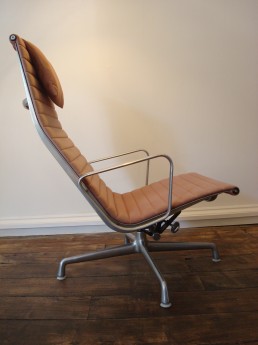 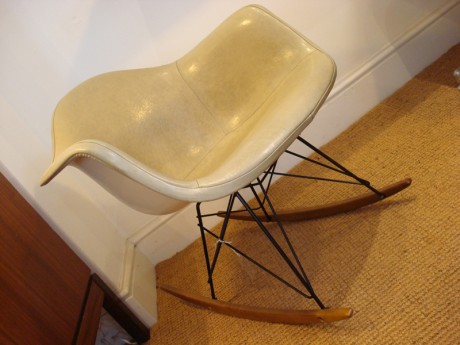